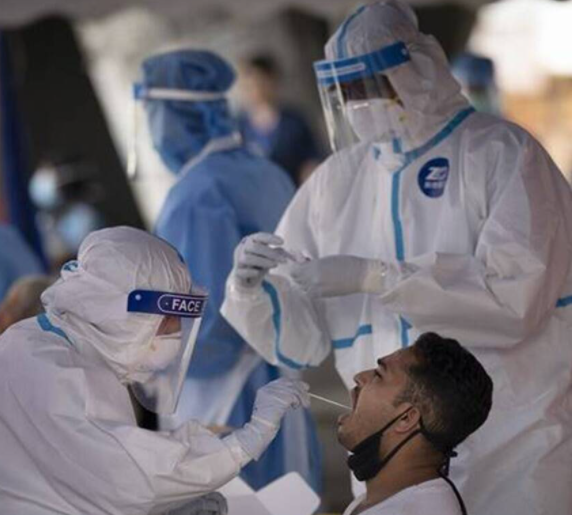 February 23 (talk) Corona has less than 500 active cases in 17 states and union territories of the country, out of which the lowest in Andaman-Nicobar Islands and Dadra-Nagar Haveli and Daman-Diu and four in Arunachal Pradesh There are five cases.
Apart from this, there are less than 500 active cases of corona in Chandigarh, Goa, Himachal Pradesh, Jharkhand, Ladakh, Lakshadweep, Manipur, Meghalaya, Mizoram, Nagaland, Puducherry, Sikkim, Tripura and Uttarakhand.
According to the data released by the Union Health Ministry on Tuesday morning, 10,584 new cases of corona infection were reported in the country in the last 24 hours and the number of infected people has increased to more than 10 million 16 thousand. During this period, 13,255 patients became healthy, in which the number of people who have become coronated has increased to one crore seven lakh 12 thousand 665. Due to this, the number of active cases also fell to 2,749 after five days and their number has now come down to one lakh 47 thousand 306. Earlier there was a decrease in active cases on 17 February. During the last 24 hours, the death toll increased to one lakh 56 thousand 463 due to the death of 78 patients.

Share this on WhatsApp
Tags: 17 states corona less than 500 active cases in the country Union Territories