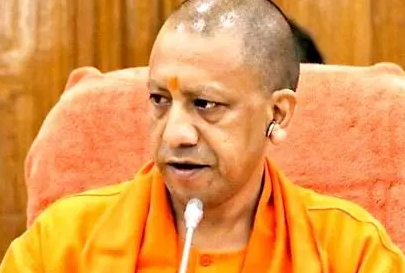 21 February (Language) Yogi Adityanath government of Uttar Pradesh on Monday presented a budget of Rs 55,0270 crore in the Legislative Assembly for the financial year 2021-22. Finance Minister Suresh Khanna presented a budget proposal of Rs 55,0270 crore through a tablet. did. The size of this budget is Rs 37,410 crore more than the previous financial year.

Under the first ‘paperless’ budget of the state, all the members were also provided with budget documents on the tablet. This is the fifth budget of the Yogi government of the state. New schemes worth Rs 27,598.40 crore have been proposed in this budget.

Khanna, while advancing the budget speech with poet Manzoor Hashmi’s lion of ghazal, ‘believe me if there is a way out, the wind blows even the lamp burns’, said that the long-term lockdown affected the government’s revenue receipts, But despite this the government implemented effective financial discipline. The flow of salary and pension of the employees has been maintained and the state economy is gaining momentum again due to meaningful efforts.

The Finance Minister said that the budget for the financial year 2021-22 is dedicated to the empowerment of various sections by the self-reliance of the state through holistic and inclusive development.

Khanna said, “During the tenure of previous governments, government properties at important places in the state had become largely disposable. Taking cognizance of this, our government has decided to set up a cluster by reviving such properties. “