Saudi Arabia’s ‘Diwali Gift’ to India, Removes Gilgit-Baltistan & Kashmir From Pakistan’s Map
Saudi Arabia’s step is nothing short of an attempt to disgrace Pakistan, which also seems to be “adapting to its new block”.
This comes in the backdrop  of Saudi Arabia leading the deal of ‘normalization’ of ties between Bahrain with Israel. Reports suggest that Saudi Arabi and Israel will soon open-up their embassies, after US elections. It can now be anybody’s guess that all the 22 Arab states are likely to reciprocate their ‘embassy move’ with Israel, with the exception of Pakistan, Iran, and may be Qatar.
On October 24, Saudi Arabia released a 20 Riyal banknote to commemorate its presidency of organizing G-20 summit on 21-22 November 2020. The backside of the note is enough to leave Pakistan, KSA-Saudi Arabia’s once most trusted ally.
The Twenty Riyal banknote carries the picture of King Salman on the front side with a slogan of the Saudi Presidency of G20 in 3D design.

The danger bell for Pakistan

Israel, UAE’s good relations with India have created a furore in Pakistan’s heart.
New Delhi: The power of India is increasing every day. Pakistan and China are deeply troubled to see India’s growing strength. Pakistan felt that with the power of Muslim countries, it would frighten India, but with the friendship of Israel and the UAE, India has come closer to the UAE.

The deepening friendship of Israel, UAE and good relations of these two with India has created a furore in the heart of Pakistan. On the other hand, along with America, Japan and Australia, India’s quad is likewise stuck around China. China and Pakistan do not understand how India’s power is increasing every day.
UAE Super Power – UAE is seen as a super power in Arab countries. In recent times, his relations with India have also improved. The strength of the relationship can be gauged from the fact that on the Pakistan’s stand on the issue of 370, the UAE described it as India’s internal issue.

Not only this, the UAE had demanded its $ 1 billion loan back from it. Even then, Pakistan had better understand that this is the result of India-UAE relations.
Pakistan is recognized as a country with nuclear power among Muslim countries. In such a situation, Pakistan’s position may not be less among them but friendship between Israel-UAE and India is not good for the future of Pakistan and UAE’s friendship will also change the image of India and Israel in Muslim countries.
UAE : Fowl laying Golden Egg – For Pakistan, Rich countries like UAE are like a hen laying eggs, who gives a loan which make bread for their living. Imran also knows that the trilateral relations of UAE India and Israel can stop its hookah water. Pakistan creates an atmosphere against India on every platform, in such a situation; there can be no better friend than UAE among the Muslim countries to put India’s favor. Prime Minister Narendra Modi knows this thing much better. This is the reason why PM Modi visited UAE 3 times in the last 6 years, which strengthened Indo-Arab relations.

The friendship between Israel and the UAE was pierced in Pakistan’s eyes. Now on September 15, Israeli Ambassador Ron Malka has sprinkled salt in Pakistan’s burn. Israeli Ambassador Ron has spoken of trilateral relations between India, Israel and UAE. This thing is tickling Imran like a trident.
Ron has appealed to India, Israel and the UAE to come together. Actually, India and Israel are such good friends; it goes to the whole world. There are also defence and technology deals between India and Israel. In such a situation, if Israel, UAE and India come together, then it will be a danger bell for Pakistan.

Narendra Modi visited UAE in 2015. At that time the visit of the Indian Prime Minister to the UAE was very important because an Indian PM had reached for many years. UAE also took two steps on this initiative of friendship. In 2017, Crown Prince Sheikh Mohammed bin Zayed of Abu Dhabi attended the Republic Day parade as the chief guest.

Israel is the king of technology

UAE a big investor and India a young country of hard working people. If they come together, what will Pakistan do, even vicious neighbours like China will outrun their antics. The friendship between Israel and the UAE has strengthened India. Foreign Minister of India S.K. Jaishankar also described their friendship as a great opportunity for India

A Pakistani minister admitted that Islamabad was behind last year’s Pulwama terror strike on CRPF jawans, describing the dastardly attack as a “great success” of the Imran Khan leadership.
“Humne Hindustan ko ghus ke maara (We hit India in their home). Our success in Pulwama is a success of the people under the leadership of Imran Khan. You and us are all part of that success,” Fawad Chaudhury, a minister in the Imran Khan cabinet, said in the National Assembly.
This is the first time that the country’s government has openly admitted to its role in last year’s attack. Chaudhury’s boastful claims came after Pakistan Muslim League-Nawaz (PML-N) leader Sardar Ayaz Sadiq recounted the tension within the Pakistan government in February last year while speaking to Dunya News during a programme.
Pakistan army chief General Qamar Javed Bajwa’s “legs were shaking” during a meeting in February last year when that country’s foreign minister Shah Mehmood Qureshi told parliamentary leaders that India was about to attack, a news report quoted a Pakistani lawmaker as saying.

The attack, in which 40 CRPF jawans were killed, was claimed by Pakistan-based terror group Jaish-e-Muhammed. The National Investigation Agency (NIA) had recently filed a chargesheet in the terror attack case which had references to the role of Pakistani state actors including ISI.
Pakistan Cabinet Minister @fawadchaudhry : Our big success in Pulwama [a suicide bomb attack that killed 40 Indians] is the success of Imran Khan’s Pakistan; it is your success; it is our success. What more proof does one need to ascertain that @ImranKhanPTI runs a TERROR State. Hope all the doubters right.

The world map displayed on the backside of the Saudi Arab’s currency does not show Gilgit-Baltistan (GB) and Kashmir as parts of Pakistan. The territory of Kashmir is in dispute between India and Pakistan from the past 70 years. A part of it PoK is in Pakistan and another part Kashmir is with India, and both the nations are on the boil since 5 August 2019, when India’s PM Narendra Modi removed Article 370 from J&K, which gave it special status, irking China too in the process.
According to the official KSA Saudi Arabia’s stand, Gilgit-Baltistan and Kashmir are now independent nations. This move by the Islamic Kingdom is a slap on Pakistan’s face, which had released the country’s new political map on 5 August 2020 and, prompting New Delhi to call it ‘political absurdity.’
Saudi Arabia’s priorities clearly lie with India, as the kingdom is slated to invest 15 billion USD in India’s Reliance Industries, as reported by Economic Times on 10 August, 2020. The same Economic Times on 22 August announced that the Saudi Kingdom was looking forward to investing in a 60 billion USD oil refinery in India.
This year, the G20 summit is set to take place in Riyadh, the capital of Saudi Arabia and will be helmed by Saudi King, Salman bin Abdulaziz. Taking place on the 21st-22nd November, the Kingdom of Saudi Arabia will be leading the work of the G20, with this year’s theme being “Realizing Opportunities of the 21st Century for All” .
The country’s coming mega investments in India, while rejecting any financial aid to Pakistan, are surely nothing short of a ‘double-Diwali blast’, which India would have been waiting for ages.
If India was to portray the world map in this form, it may have been conceived as it is in conflict with Pakistan but is KSA also in conflict with Pakistan. Or else the agenda of Israel which is ‘too fixed’ to get Pakistan workforce and also its military involved in the KSA Saudi Arabia security apparatus, be evicted from inside KSA and later from the entire Gulf region, in order to starve Pakistan and bring it to its knees, is soon on the anvil too? Surely India may fill up the vacuum with its workforce. Thus, KSA Saudi Arabia, Israel and India are likely to have a ‘springtime’ in the Gulf region in coming days.
The KSA-Saudi Arabia’s annihilation of Pakistan, it may be mentioned, is definitely targeted more on China, as it is China which is to carve its CPEC through GB and it was on China’s advice that Pakistan recently announced GB to be its fifth province, where elections are scheduled to be held on 15 Novembe 2020.
“The Government of India conveyed strong protest to Pakistan Government and reiterated that Jammu and Kashmir and Ladakh, including the so-called Gilgit and Baltistan, are an integral part of India,” the MEA stated.
Thus, when India had decided to put on air GB weather report on 8 May 2020, it made China see red. China took a stringent note of this move and raised the temperatures on the border with India, as the communist nation construed the Indian move to be a spanner in its most coveted project, i.e. the CPEC.
The KSA’s step is nothing short of an attempt to disgrace Pakistan, which also seems to be adapting to its new bloc. In the new world order, the US is pitted against Pakistan, as is India, and KSA will help the US to finally contain China. 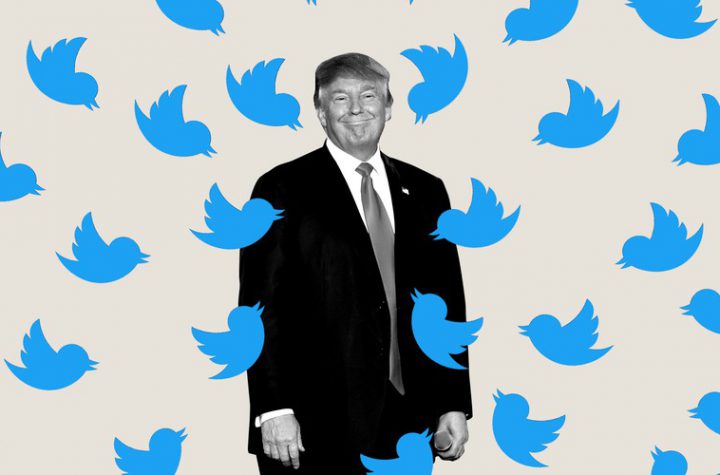